This weekend was nice and relaxing but I did join a new excursion group and went out for one trip.  We met in the morning and, in a convoy of 4x4s, we went off-road into the desert between my apartment and the Oman border which is about 20kms away. 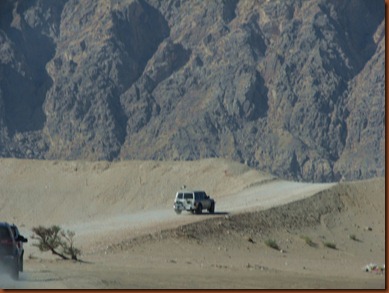 The mountain in the background of this picture is Jebel Hafit and it’s really the only mountain nearby.  It was part of an ancient trade route in the area so in the 1960s, Dutch and Danish archaeologists spent quite a bit of time digging around the base of the mountain.  What they found was over 500 hundred tombs.  Each tomb contained approximately 25 bodies and a ton of artefacts.  The artefacts can be seen in town at the museum but the the Abu Dhabi Archeological and Cultural Ministry reconstructed some of the tombs. 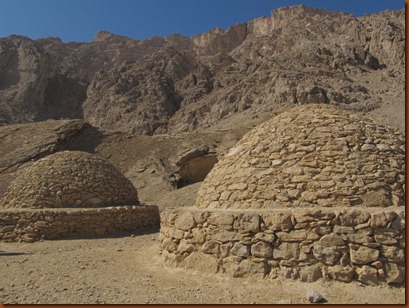 These tombs were built from around 3000BC so they’re pretty ancient.  There is also evidence of copper mining and smelting in the area and we found rocks that had been melted and then reformed.  We also found fossilized coral as this whole area was under a sea a million and half years ago.  Very cool place to walk around just looking at rocks.

Amro, our guide, tells us not to be out here after 5:00pm because the military moves in and patrols for illegals crossing the Omani border.  He says that one trip he had a red laser on his chest from a sniper rifle and they were questioned as to what they were doing.

On our way out, we spotted some camels.  The camel racing season starts soon and Amro has promised to take us. 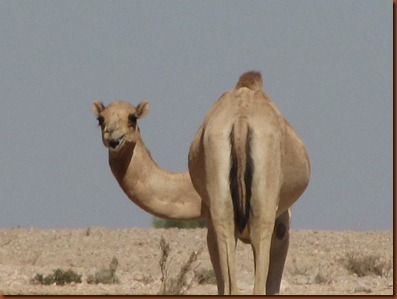 We went out to the Mezyad Fort next and it was interesting from an architectural point of view.  The forts were built out of mud bricks and covered with adobe.  They used palm trees and leaves for the roof and the whole thing could take 30 years to finish.  The forts are square with watch towers on each corner.  The center is open and they used to sleep, eat and live outside.  The walls were only necessary to keep enemies from stealing the women and water.  There was a well inside and a large room called a magis near the front entrance for men to entertain without exposing the women to outsiders. This particular fort is under renovation but Amro says it’s going badly because the restorers don’t understand the basic principles of the tribal lifestyle so they keep doing stupid things like planting trees in the living areas. 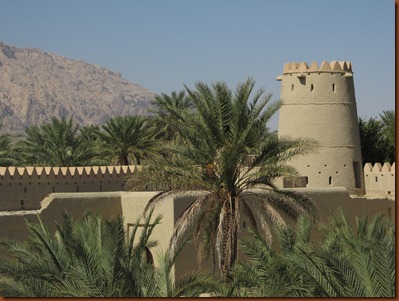 Finished my weekend off with a bbq in the courtyard with Tanya and Patreshia.  I bought a shiny new bbq for $50 this week so i just had to take it out for a test drive. 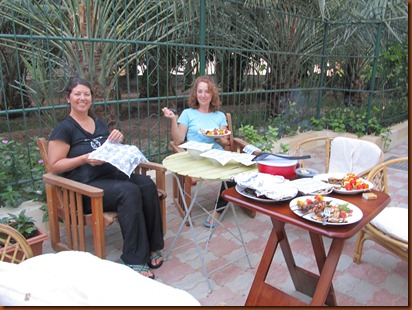 very glad the weather is cooler now and you can enjoy the outdoors. The desert looks soooo cool. Hope you stay long enough that I can save my money and get my butt there.
Kids like the camel :)