I have been  a bit lazy about exploring the countryside in the last few months so I thought I would fix that by going off on a weekend excursion with Al Ain Weekenders this past weekend.   My friend Patreshia and I loaded up the jeep and joined the convoy over the border and into Oman bright and early Friday morning.

The first day was relaxing and fun.  Our first stop was to see some bronze age tombs.  While we were up on the hill exploring them, the Friday Sermon was being broadcast out into the valley so it was quite surreal. 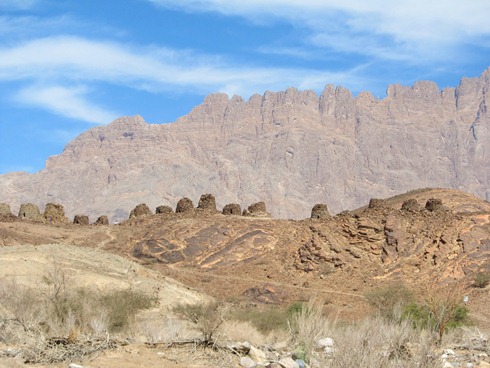 Then we had lunch in an oasis and explored an abandoned village.  A lot of villages were abandoned when oil was discovered and people moved to the coast….this is the same in the UAE too. 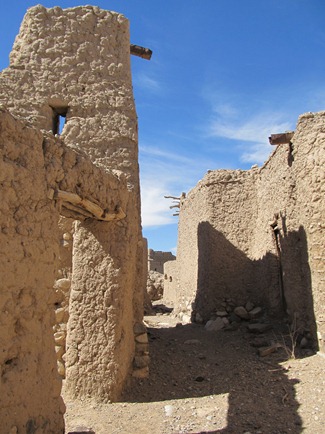 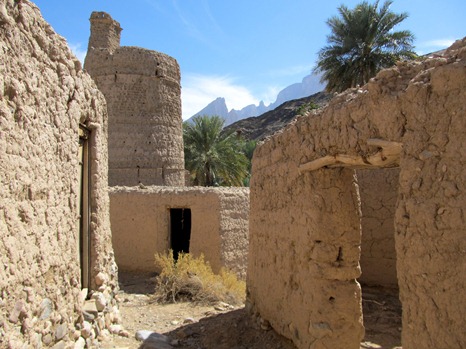 After lunch we 4X4ed along a dried riverbed up to a dam and then hiked up to some pools where we relaxed for a bit.  My jeep handled the off-road driving really well. 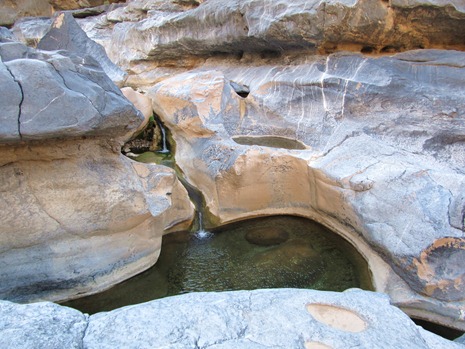 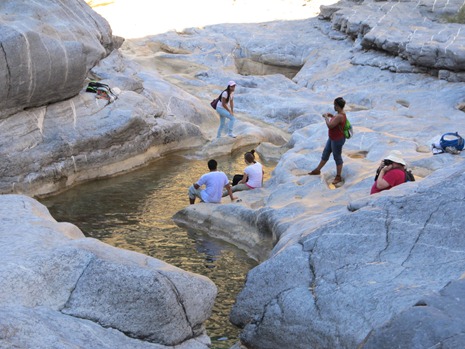 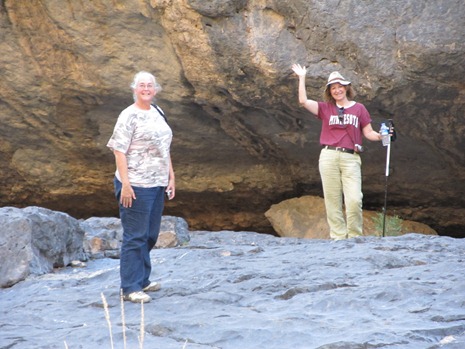 We spent the night in Bahla which is supposed to be the center of witchcraft in the region.  It’s odd because Islam forbids that sort of thing but they all believe in the ghosts and assorted stories anyways.

The next morning we headed up the insane mountain road to the top of Jebel Shams.  This has got to be the most ridiculous road ever built.  One 180 hairpin turn after another at a 45 degree incline.  Then the pavement ended and we continued the same craziness on slippery gravel.  My jeep’s temperature got almost into the red but we made it.  Poor Patreshia was clinging to the door all the way up and we could smell the brakes burning on the way down.

This should have clued me in to what I was in for on the hike but I foolishly held on to the idea that this was going to be a pleasantly flat stroll along the canyon ridge as it had been described to me.  It wasn’t. 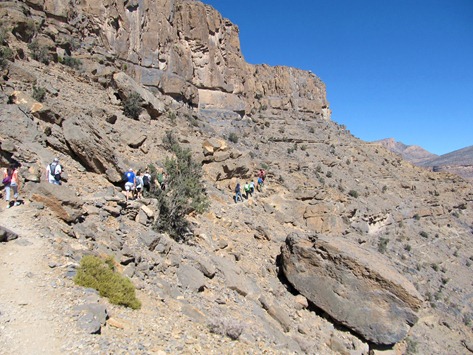 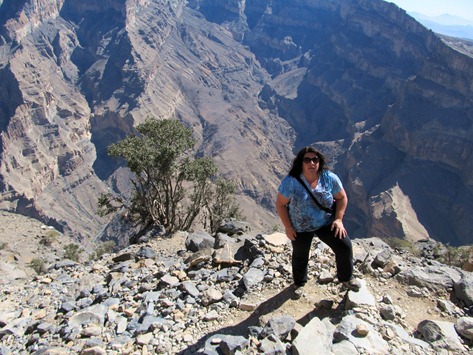 The path was a bit treacherous at points. 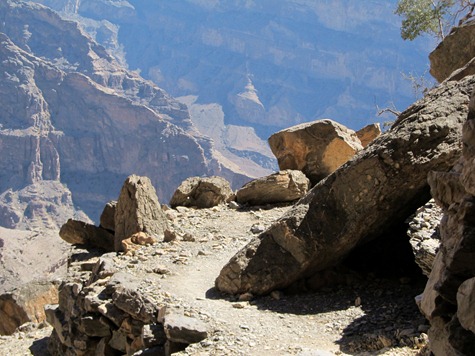 At the head of the canyon there is an abandoned rock village that was occupied by rebels who were hiding out from the previous government.  They grew all their food on man-made terraces.  Once the current Sultan killed his father and ended his reign 34 years ago, the people moved to the top of the mountain but they’ve been separated from the rest of the country for long enough that there is significant inbreeding evident. 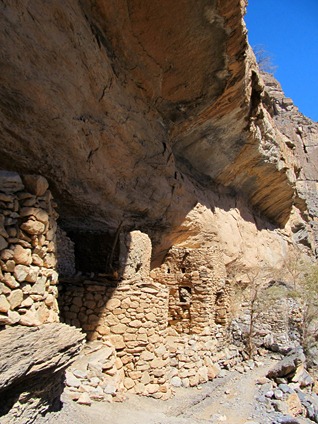 It was a good weekend but I was sure glad to see my shower and bed at the end of it.  I think that I may have inadvertently smuggled half of Oman back into the UAE on my tires and in my hair.