I've been busy baking cakes for the last two weeks.  I did one for Valentine's Day. 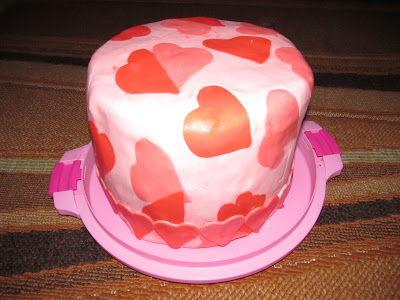 An another for a 'wecome back' party at Sharon and Serge's place for Jackie. 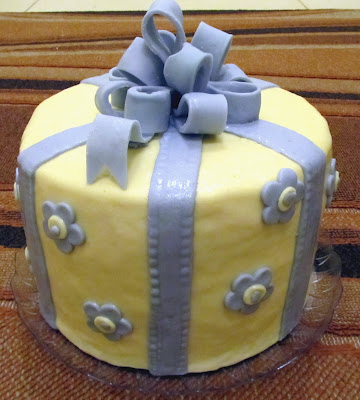 We had a great time at the party.  It was potluck and everyone brought something delicious.  Luckily for us, Sharon and Serge have seating for about 100 in their place so we could lounge around and eat to our heart's content.

Posted by Nicole at 3:53 PM No comments:

This past weekend, I finally got to see Dubai in all its tacky glitz and gritty grime.  I took the "Big Red Bus" around so I could see what looked interesting and then jumped off to see the highlights.

My first stop was the tallest building in the world.  The Burj Khalifa has an observation deck on floor 124 but you need a reservation to go up.  I'll probably wait until someone comes to visit me before taking the longest elevator ride in the world.

Next was the Dubai Mall which is right next to the Burj, separated by a beautiful blue lake.  The mall is surrounded by outdoor restaurants so people can enjoy the views of the water and tower but the real insanity is inside.  The Mall is supposedly the largest in the world but there are some debates over how these malls are measured.  It has a flour space of 5.9 million square meters, 1200 shops, 160 restaurnts with seating for 3000, 200 jewelry shops in the Gold Souq, over 14,000 parking spaces and so much other stuff that I can't list it all.

﻿ ﻿ So, after finding the perfect lipstick in one of the many cosmetic shops, I was off to my next destination,  the Dubai creek.  It's still a working place with plenty of ships loading and unloading but I enjoyed a sunny walk along the corniche.

After I walked along the creek, I hit the Dubai Museum which was surprisingly good.  It's built under a fort and takes you through the history of the area.  First, you walk through a traditional souq with little shops.  In the back of each shop is a video showing the traditional way in which the products were made.  As you go along, the environment changes to a desert, then a beach and so on....impressive.  As I was leaving, the tour buses pulled up and literally about a 1000 people went in so I felt pretty lucky to have been early.

I took a walking tour of the textile and old souq and then a ride across the creak on a little wooden boat called an abra and into the spice and gold souqs.  This was included in the Big Red Bus tour so I got to hear all about the area and see the biggest gold ring in the world; 63kilos.  We also got to see some of the older Mosques and Hindu temples in the city. 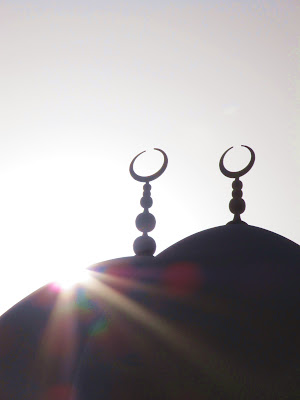 I went out to the newer section of Dubai the next day and saw really some insane stuff.  The things that they are doing here are shocking in their engineering wonder and their abuse of the environment.  Dubai uses more water than any city in the world and has actually altered the coastline by over 800 kilometers.


Anyways, it was a hectic weekend but I feel like I know the city well enough to get around now.  The metro is fast and convenient and there's plenty to do and see so I'm already thinking of going back before the weather heats up too much.

As a last note; friends and I bought tickets to see the Eagles up in Dubai for April.  The reviews for the show are great so I'm sure I'll enjoy that trip up to Dubai also.
Posted by Nicole at 3:37 PM 8 comments: