In these last few weeks of the semester I've said goodbye to a lot of people who are heading off to greener pastures.  It's been a bit rough saying goodbye to good friends like Rick..here in this picture he's getting crowned by the cake I baked for his goodbye party. 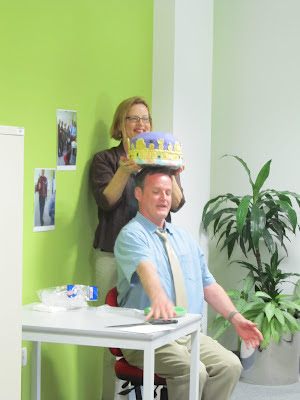 I've also been going to eat in restaurants everyday as my co-workers are as happy to take a break from the office as I am.  Last week, Tanya and I went to a great Indian restaurant and had delicious chicken lolly pops. 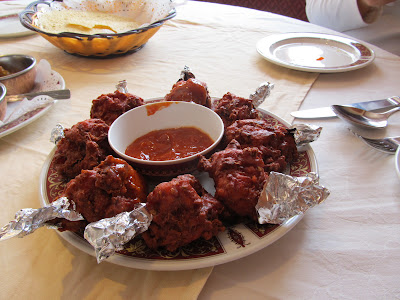 I also went up to Abu Dhabi to see the 'Treasures of the World" exhibit at the museum.  It's a collection of things lent from the British Museum so I'll have already seen the things that are missing when I go to the British Museum next week.   I went with some friends and we had a great lunch and then did the workshop afterwards.  It was fun making Llamas from the South American exibit.

Yeeehaw!   My last class today!!!!  I still have exams but no more teaching for the year.  I had a great class with really sweet students this semester but still, it's nice not to be lesson planning and trying to figure out how to make possessive adjectives sexier.

We had a class party today and everyone brought food.  We had mountains of shwarma sandwiches, stuffed pastries and sweets.  The students actually cooked themselves instead of having their housemaids do it so it was very authentic.   I learned today that the reason that there are always tons of plates of food at these things is that they always make up platters and spread them around to other classes/people who couldn't be at the party.  There was a store bought cake with KitKat bars all around the edges and malteesers on top. 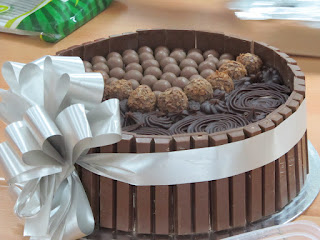 ﻿
It's about 50 degrees right now but you wouldn't know that to look at my back yard with all it's lush greenery.  The owners have told us that we can pick some of the fruit but I'm hesitant to do so in case the gardener gets blamed for anything missing. 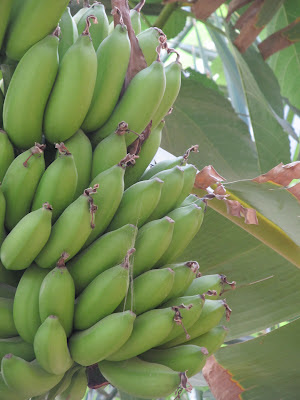 ﻿ ﻿ I also went to another Chaine dinner a couple of weeks ago.  We went up to the hotel/restaurant on the top of our only mountain which was a really cool drive.  I'll have to go up there with some time to take photos (and not in a fancy dress and heels).   The food was slightly less spectacular than other dinners I've been to but the company was great.

I went on a tour of the gold souq, the Pakistani market and the ababya (dress) shops in town.  The gold souq was really interesting.  When an Emirati woman gets married, she is given a lot of gold by the groom.  It can range from $25,000 to $100,00.  This gold is supposed to sustain her if something happens to the husband but with a 50% divorce rate in the country, the gold has become a problem.  If the woman wants the divorce, she has to return the gold and if the husband wants the divorce, she can keep it so what's happening is that husbands will try to force the woman to ask for a divorce.


A heavy necklace that covers the woman's breasts. 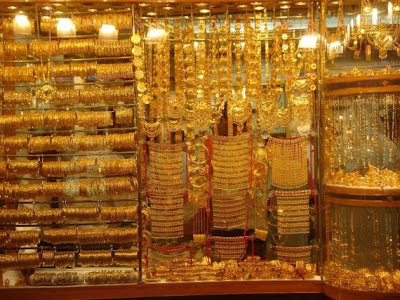 And a head piece that drapes over her hair.  The gold is usually 24K and is very yellow.  I didn't really like the color and apparently they've opened a few shops in the Dubai Gold Souq that cater to western tourists looking for 14k.  The designs were elaborate and really fanciful.

An abaya is a black cover that women wear to go outside.  This sounds like a form of oppression to westerners but here, it's a fashion statement.  They mix up the cuts of cloth, the trims, the decorations and the shapes.  The current trend is to tie a rope around the waist which is very daring because the abaya is supposed to hide a woman's shape.  They cost about $200 in the shop we visited but our guide says that his sister shops there so we could get a deal if we wanted.  I have an ababya from last year's National Day festival so I don't need another but they were fun to look at.

I've got two weeks of exams and sitting around before holidays so I might do something else cultural before I head out but with the heat, it will definately be indoors.
Posted by Nicole at 2:13 PM 1 comment: