I had to go up to Abu Dhabi yesterday for an education conference so I took a little side trip to the Sheikh Zayed Grand Mosque in the city.  It's been on my mind since I arrived because it's such an impressive sight as you drive into Abu Dhabi.  It's the largest mosque in the country and the eighth largest in the world.  It's so big that 40,000 worshippers can squeeze in on the big holidays.

It has four tall minarets and 82 domes.  The minarets are really tall at 85 meters and they are in each of the four corners of the complex. 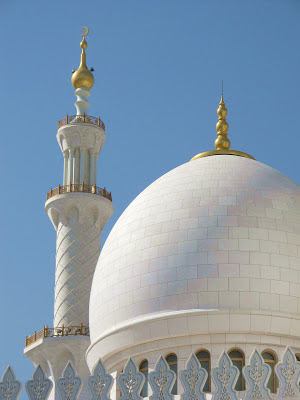 Apparently, the design is a mixture of Arab and Moorish design as the minarets are Arab and the doors and arches are Moorish. 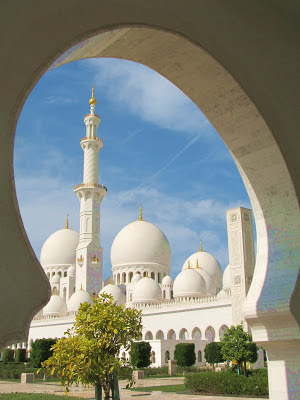 The materials used for this were all imported and are finely crafted.  Each of the 96 columns surrounding the main courtyard is covered with white marble and inlaid with mother of pearl flower designs. 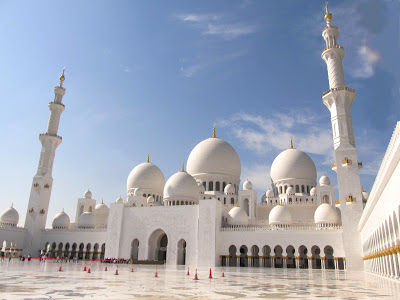 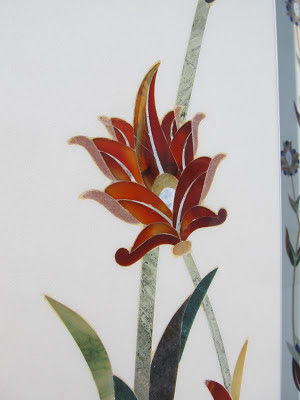 The entire complex is surrounded by pools. 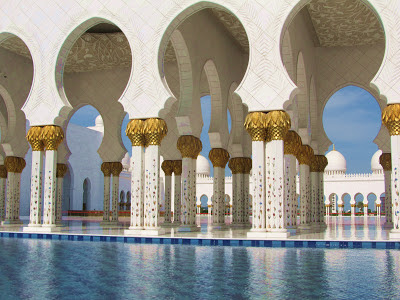 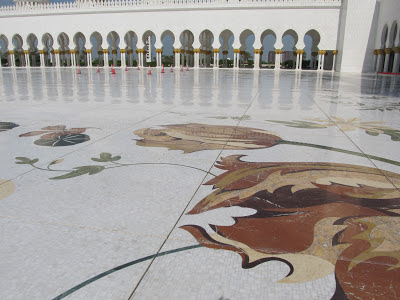 The floor of the courtyard is also inlaid with marble.


Inside is even more amazing. You have to take off your shoes and women must cover their hair, arms and legs. I was prepared for this so I had my head scarf in my bag but you can borrow an abaya and Shayla there too. The first entry hall has huge marble flowers placed all along the walls and around the ornate windows. 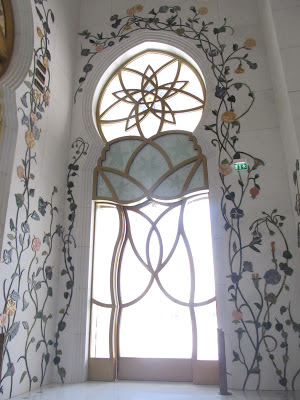 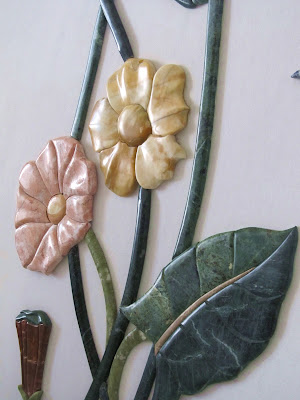 As you walk into the main prayer hall (for men to pray) you're walking on the largest handmade carpet in the world and hovering above you are seven huge chandeliers from Germany that incorporate millions of Swarovski crystals. 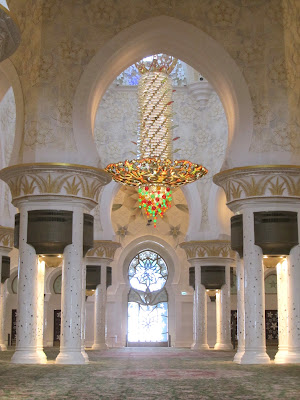 Every inch of the inside is scrolled, carved or painted upon. 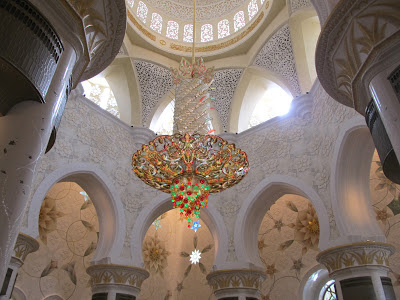 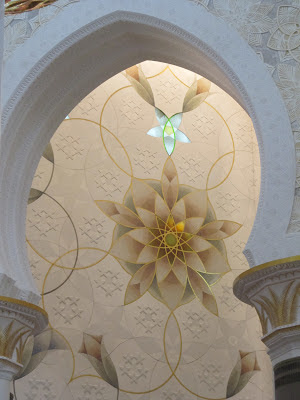 On one wall there are flowers with the 99 names or attributes of Allah  and on several walls there were the prayer times and names. 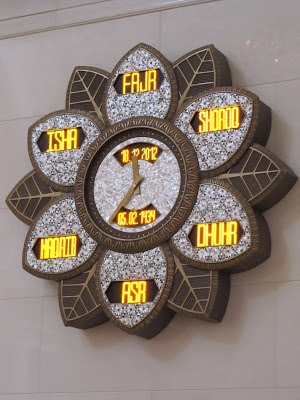 There are five different prayers in each day and they're all at different times (there are differences between different sects of Islam on the prayers).  The first is Fajr and it's supposed to be said at 10 or 15 minutes before sunrise.  The last is Isha and it's after sunset.  In the UAE you can hear the called to prayer from every mosque and it's actually sung by the the Imam at that mosque.  Luckily, the one by my house is a good singer but I have heard some that are a little off-tune or have a bad sound system.

Interesting things I learned about the prayer while visiting the Grand Mosque; every person must be clean and in a clean place to pray.  This means that they all wash their hands, feet, mouth, nose and hair (just wetting the ends of the hair is okay) before praying.  This is called wadhu in Arabic and if there isn't any water, you can use sand/dirt. The women's washing area was gorgeous. 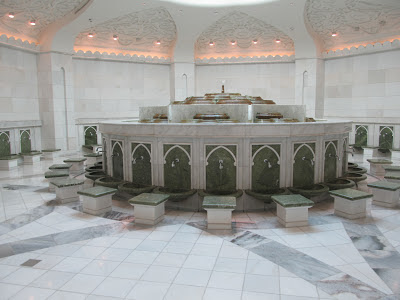 Children under 7 don't pray and women can't pray when they're menstruating or just after giving birth.  Women also pray in a different area than men in this mosque but in some mosques, the women pray at the back with the children between them and the men.  Also, if you miss a prayer, you can make it up later.

A beautiful tribute to art and culture and, in a country where everyone has food, education and homes, I didn't mind the money spent on such a magnificent extravagance.
Posted by Nicole at 10:46 AM No comments:

I'm very excited because I've just booked tickets for Prague for the spring break in April.  I know it's early but doing it so early saved me a ton of money.  On the advice of friends who had been before, I'm staying in the historic 'old town' which seems to walking distance from everything....I'm going to do my happy vacation dance now.

Posted by Nicole at 9:03 AM No comments: