Just got back from a week long vacation in Malta.  If you like relaxation, history and charm, I’d say Malta should go on your list.  I really enjoyed myself.  European style mixed with island life makes a great combination.  If you don’t know where Malta is, it’s about 90Klms from Sicily and 200klms from Tunisia. 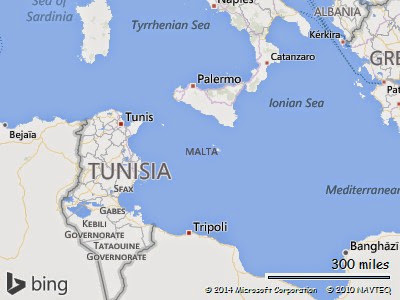 My absolute favorite thing about Malta was this; 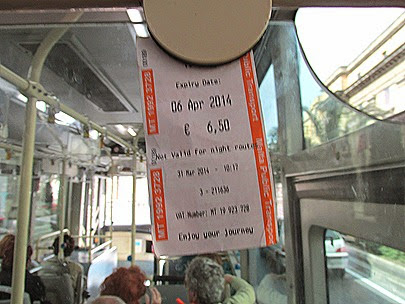 For 6.50 I could take any bus on the two main islands anywhere for one whole week.  The buses were convenient, all the drivers were nice and I got to see everything I wanted to see.

My second favorite thing about Malta was that there was a gorgeous view around every corner. 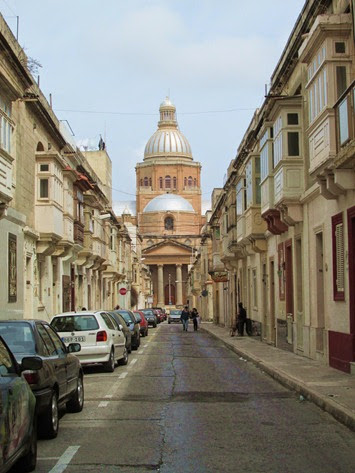 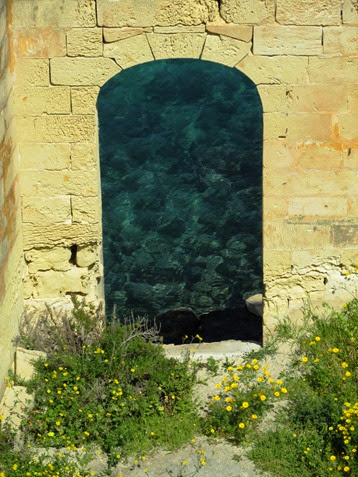 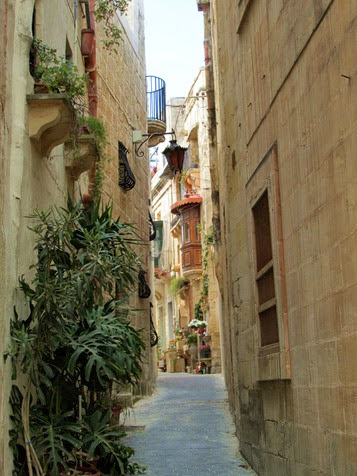 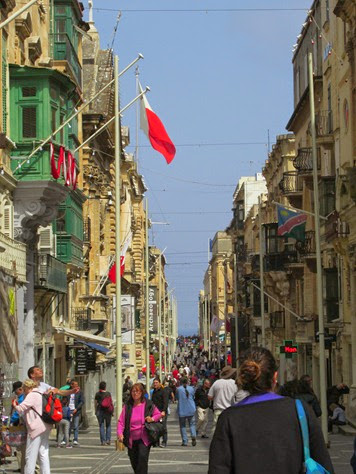 I’m a history buff and this place has the oldest known man-made structures ever found as well as an insanely varied amount of different ‘owners’ who all left their mark.

Let’s start at about 6000 years ago when Neolithic people were building temples and hypogeums (catacombs) on the islands. 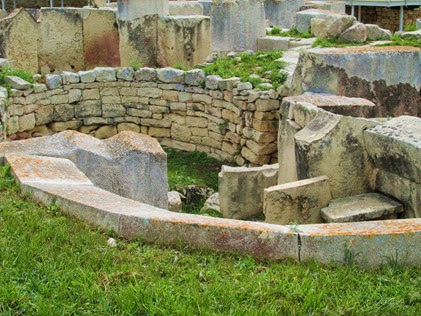 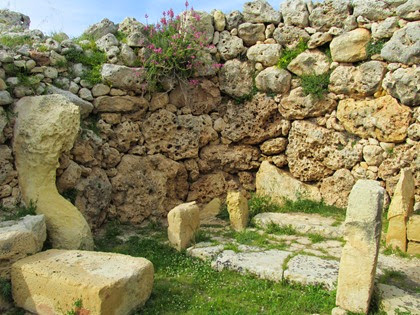 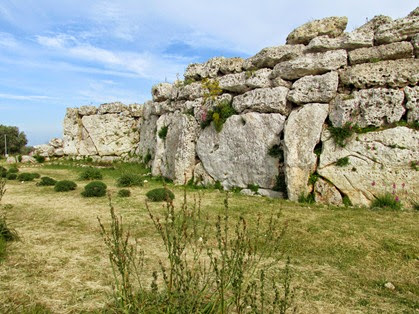 Think about it….we hadn’t invented written language yet and these people were building huge structures and moving giant blocks of stone around.  These are older than Stonehenge by a 1000 years and older than the pyramids by 2000 years.

They were also into the arts. 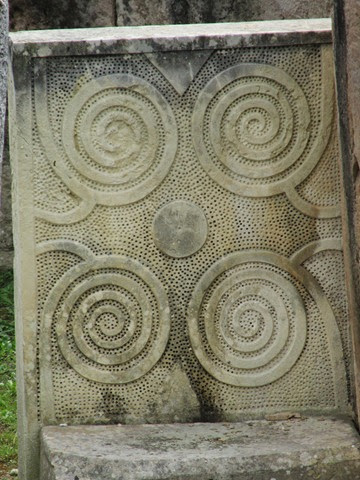 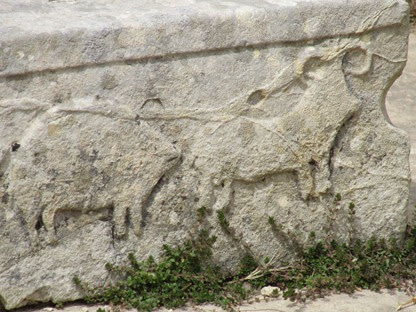 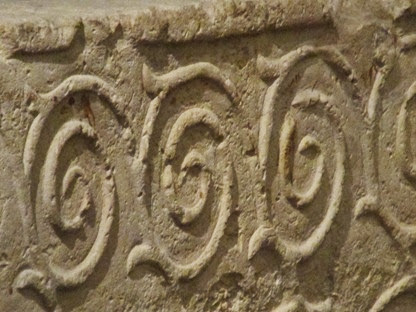 And made some very sweet pieces like ‘The Sleeping Lady’ shown in the Museum of Anthropology which I heartily recommend.  This was found in a hypogeum, along with about the remains of 7000 people,  and is thought to represent an ancestor, a goddess or a representation of someone dying…let’s face it, they have no idea what it is but it’s very detailed and very lovely. 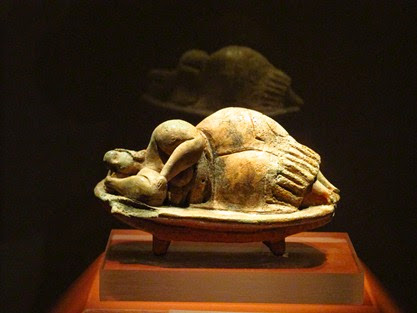 Unfortunately, due to the lack of written language thing, we know nothing about these people or what happened to them.  They disappeared about 4000 years ago.

There is a period of time where settlers came over from what would become Sicily and then came the Phoenicians who sailed over from the east of the Mediterranean.  The Romans were the next occupants and you can see their remains scattered around the islands like they are all over Europe.  The islands were inhabited by Christians from Europe and Muslims from North Africa for about a thousand years but after that, things got rough as the Christians and the Muslims of the Ottoman empire used Malta as a battle zone.  In one particular battle, the Ottomans carried off 5000 Maltese captives as slaves.

Finally the Knights of St. John , who had been kicked out of Italy, made a deal with the Spanish that, for the price of one Maltese falcon per year, they could ‘rent’ Malta.  Sadly, the falcons are extinct now but the knights left a lasting mark.

They immediately began fortifying the islands against attacks and building the capital city, Valletta. 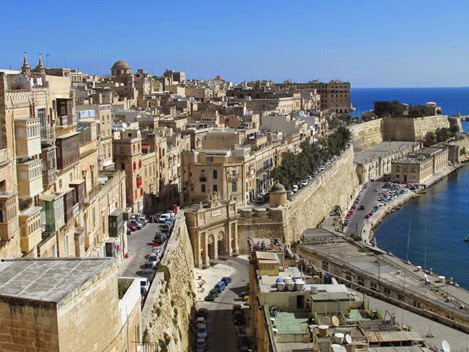 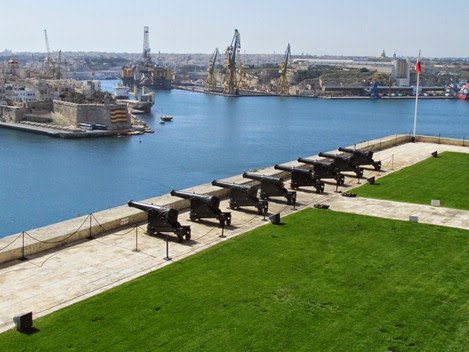 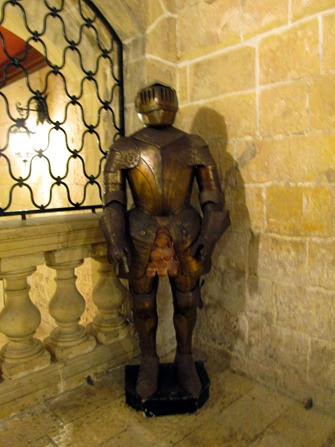 I spent a great day walking around the fortifications and through underground tunnels all over Valletta.  There are great museums, sidewalk cafes and churches and it’s a fantastic place.

One of my favorite stops was a tour of a Knight’s house built in the 1500s.  A knight had to be of the nobility and the house is still owned by a Baron who happens to be a knight. 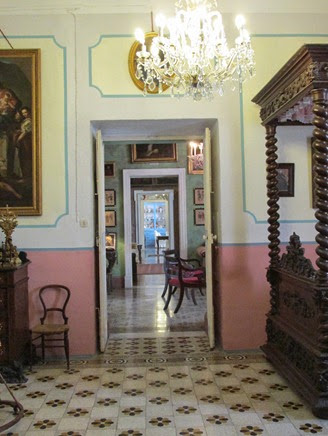 The Baron and his wife were invited and attended Queen Elizabeth’s coronation. 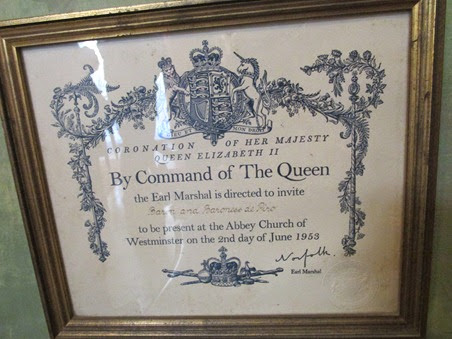 Ono of their ancestors commissioned a painting of angels hiding their eyes from the bright lights created by electricity when electricity was first brought into the house.

And of course, there were Maltese crosses everywhere as the symbol of the Knights.  This symbol is recreated on every tourist item you might want to buy and is a modern day symbol of Malta but it’s origin is a bit clouded.  It’s related to the bible but no one can agree exactly what in the bible. 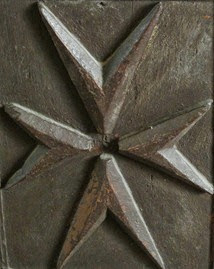 I also took a ferry over to Gozo which is the second largest island of the three.  This was a very picturesque place dotted with tiny hilltop villages dominated by huge churches. About 30,000 people live on the island and it seemed pretty sleepy. 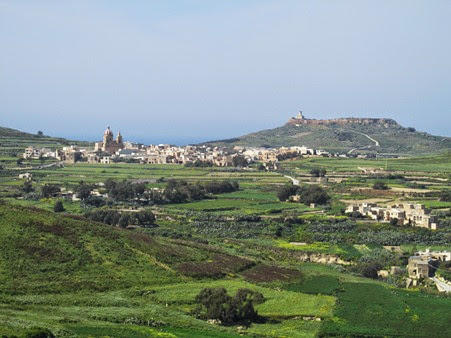 The ferry ride was great too as we passed by Comino, the third and smallest island. 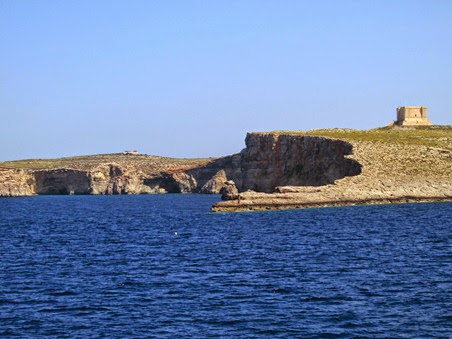 I also took a harbor cruise in Valletta so I got a close up look at the fortifications and modern day workings. 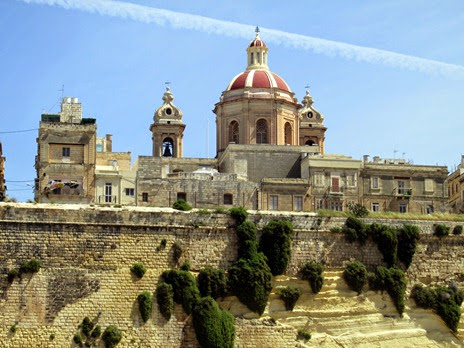 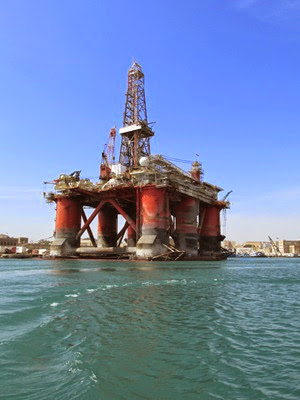 They’re still building boats and their harbor is the holding place for the UN’s emergency stock of grain for Africa. 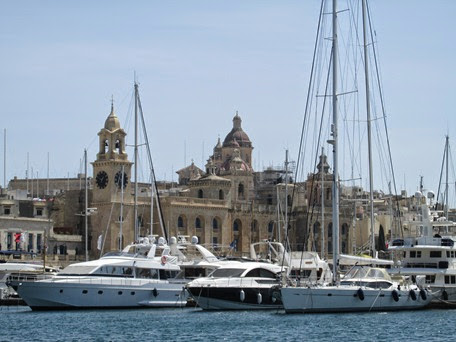 Obviously lots of rich folks around.  The tour guide said that a lot of Europeans move their boats to Malta for the winter. 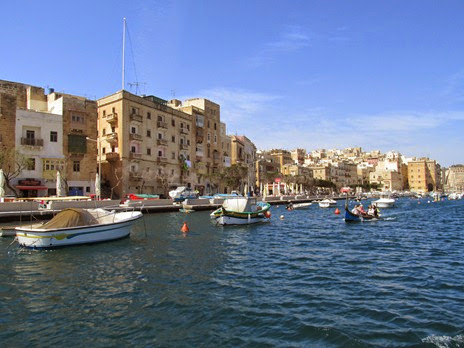 Wouldn’t mind living in one of those apartments.

My last day, I hopped on a bus and went to the medieval, walled city of Mdina which was the historical capital. 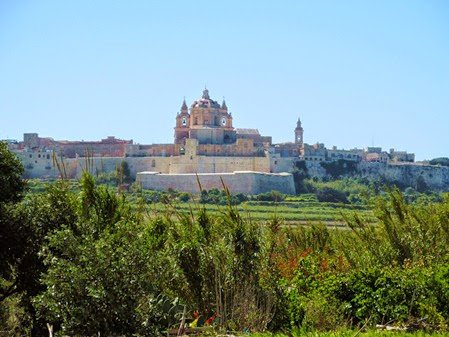 As you can see, the weather was brilliant and I got off the bus for a meander around the fields.

In the bible, there is a story of St. Peter getting shipwrecked in 60AD.  He is supposed to have stayed just outside of Mdina in grotto (cave) so there’s a shrine now that you can visit and many pilgrims come to pray. 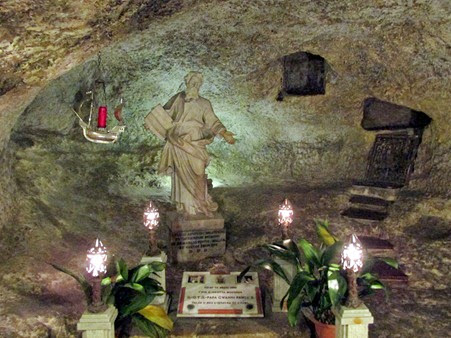 Near the shrine are the remains of catacombs that were used 2000 years ago. 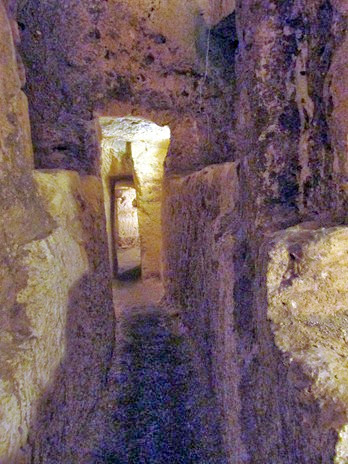 As well as WWll shelters.  Each family would pay to have a small room dug out of the rock and they would hide there as the planes flew overhead.  It was common to have paintings or carvings of saints for protection. 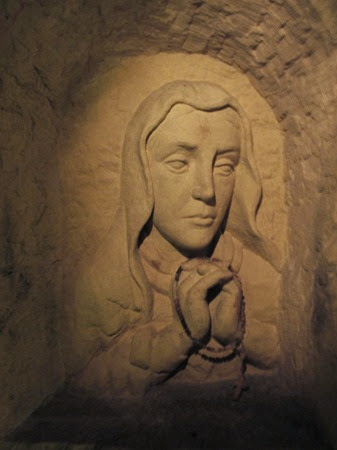 The War Museum in Valletta was pretty informative and really showed how the Maltese suffered during WWll.  They were a British colony situated just a 100Klms from Italy so they got bombed almost daily for years.  When war broke out, they had exactly four planes on the island and not much else to defend themselves.  The British eventually supplied more anti-aircraft guns and planes and the Italians learned to mess with the Maltese at their own risk but it wasn’t easy for the thousands without homes for years.

Of Faith, Hope, Charity, and one reserve plane, Faith is the only surviving plane and she lost her wings in an explosion. 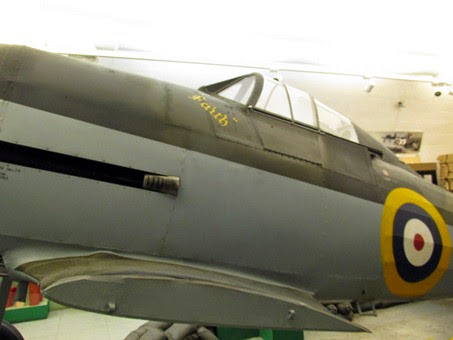 There were more things to do in Malta that I didn’t have a chance to do so I can see myself returning one day.  I also met quite a few ex-pats that had retired there and were very pleased.  Something to think about.